Problems within the family relationship 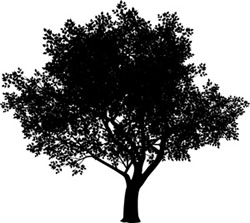 If parents are not careful in order to avoid it, hyperactive children are experts in expressing the worst in them. They can make the most temperate of parents lose control, the calmest one shout and the one who believes in dialogue and negotiation end up resorting to threats. They can make differences between parents become more acute, making them argue, blaming each other for the wrong upbringing, etc. This is because the hyperactive child’s limitations are not “visible”, nothing in their appearance gives it away nor points to a child with certain difficulties. Therefore, parents lose their patience, because their child could and should be doing things it is not. But the hyperactive child is a victim of its disorder, just as much as of its environment; he does not make the choice. He or she cannot help being distracted on his way to the toilet and therefore never getting there. He or she cannot help moving around all the time, even if that enervates parents and siblings. He or she cannot sit for an hour to read, even if he or she wanted to. The child cannot avoid this, at least in the beginning. The child must be trained, bit by bit, until he or she can gain control, learn to think, to reason, turning the need to move into a productive activity, etc.

But until this is understood, and even afterward, it is difficult to remain calm when things have to be repeated a million times, when it seems the child is not listening or reasoning, that the child does not learn or grow up with age.

The normal differences in parents’ education styles are aggravated. The one who is more authoritarian thinks the other’s permissiveness is what stops the child from behaving well, and the more permissive one thinks that their spouse’s authoritarianism, firmness or rigidity leads nowhere and they must have a dialogue, not impose. They are both right, but what normally works for a “normal” child does not work for a child with ADHD. Both parents need to change things in their way of bringing the child up and make a more than regular effort to manage the child’s impulsive and irrational conducts and to do it by consensus. If parents are not aware of this, learning to tolerate the frustration of thinking nothing works and we need to wait for another time, that it takes the child longer to learn and automate the adequate behavior, this frustration can seep into their relationship, wearing it down due to constant arguing, low efficiency in improving the child’s behavior and tiredness. Careful therefore with those children who are more difficult to bring up than others. One has to stop and think about what one is doing; if other children have been brought up without any problems, it is convenient to think about whether there is something in the parents’ life which is having an influence, deteriorating their capacity to educate the child, or on the other hand, whether the difficulty lies in the very child, who requires a different approach.

It is also difficult for siblings. The hyperactive child usually receives far more attention (they do not always assess and understand that said attention is not necessarily positive).

Furthermore, this robs them of family peace and harmony, annoys parents, bothers them and, in general, the child does not receive the same treatment as them. Frequently, a child that does not cause much trouble is punished for something the hyperactive child will get away with (and that is normal, because if the hyperactive child was corrected for everything he or she did wrong, the child would be punished all the time, which is definitely no good).

Children in general want to please their parents and teachers, they like to be praised and love to be acknowledged, both orally as in academic results; they do not like punishments, or being told off by their parents who are all day nagging about the same things over and over again. If this is happening, ask yourself as a parent, why is this child not like the others, and if you cannot find the key to this getting the child to behave properly, then ask for help.