The Elisabeth d’Ornano Association held its 2nd Annual Conference on 1 June 2011. This year’s topic, “Prevention in mental health: the emotional development of individuals before birth”, is meant to focus on an essential issue for all children, not only those who are hyperactive.

In this Conference we wanted to go through the first stages in the life of a child, pointing out, in the course of those first moments, some items that are essential for a healthy emotional development.

Miguel Moreno, psychiatrist consultant for the Association, acted as the moderator in order to provide continuity to the message being conveyed in several parts, made up by the various presentations, which focused on the importance of the emotional construction of a person from the first idea of its parents, who project the idea of a future child, to the reality of that child as an independent and autonomous being.

In the journey of a person from non-being to becoming a tangible reality, we must focus on three stages: first of all, the ideas of the parents who plan to bring their child to life; then during pregnancy and childbirth; and finally in the establishment of the child’s first interpersonal relationships, especially that of attachment.

The Conference began with a speech by the President, who provided the context for the Conference within the Association’s development. She highlighted its new purpose, beyond ADHD, which entails a more thorough analysis of the entire development process, starting from the First Identity of the child in its parents’ minds, and how all moments, starting from the earliest ones, have an influence on the construction of a person throughout their life. She mentioned the importance of balanced mental health to be able to meet the adversities of life, and she established as a target for the Conference the task of together seeking the right path to lay the foundations for such a balance starting before a child’s birth. She particularly addressed women, who have the honour of being mothers, acknowledging their special role of carrying within them a being who, in nine months, goes from being a simple cell to becoming a baby, the greatest possible expression of the force of life.

She thus stressed the miracle of life, and the importance of the emotional context for the construction of a person, the importance of motherhood in a woman’s life, the privilege and responsibility of being a mother. She had a special recognition for women who experience a short relationship with their child, so short sometimes that the child is not even born. She gave a sensitive account of the good things that such a relationship can bring to a woman’s life, and the intelligence and wealth to be had from incorporating into their own experience the relationship between a mother and a life that ends too soon. A baby brings along its own essence, its soul has already travelled a great distance. It comes with enthusiasm and interest to accompany its parents so that they may evolve alongside each other. She also pointed out the capacity of unborn babies to detect emotions and to be influenced by them.

Miguel Moreno placed us in the first moment of life, even before conception, in parents’ minds. This stage is the right time for parents to embark on a healthy relationship with their future child and to commence the development of the resources that their child will need during the rest of its life. A balanced development will allow a newly created being to advance autonomously throughout all stages of life, some of which are very demanding and entail profound transformations, such as childhood and adolescence. Other stages are more stable and static, such as adulthood, and finally, others involve a regression of most of their functions, culminating in the complex process of death. Throughout this entire journey, children will carry along their history, starting with that of their parents, their relationship with their parents and with others, their experiences in life… and in this way a unique and original being will be built, consistent with their own path from the beginning to the end.

The moment of conception, its difficulties and emotional aspects, especially for those people whose reproductive process becomes complicated, was the subject assessed by Dr Sagrario Martín, a psychologist specialising in assisting couples who want to have children and encounter difficulties.

Having children is experienced as something essential for people, a desire that is often unconscious, present in most people and which will or will not be assumed and/or exercised by virtue of their own history. For a number of reasons, in our society fatherhood and motherhood have been increasingly delayed, and this has social, economic and psychological consequences. Also, at present, the opportunities of having children in spite of the barriers put up by nature are huge. When pregnancy does not take place when one desires, wants or plans it, there is a heightening of all the emotional diatribes that accompany any process of conception and gestation, and some new ones also appear. The capacity to reproduce or otherwise, the tolerance or otherwise of the attainment of such an important wish, the attitudes and decisions made in light of such a setback, the potential modification of one’s own life project, are aspects that each adult lives in a certain way, highly influenced by their personality and their circumstances.

As Miguel Moreno reminded us, a child’s first identity begins to take shape from then on. The first idea that parents have about their future child starts to go ahead on a path to development. Therefore, for parents to conceive their child in a situation that is ideal for them, when they most want it, in the context of a stable, loving relationship in which their child appears as an inevitable and natural consequence of that relationship, will probably lead to a first identity that is idealised, filled with desires, expectations and optimism. If a child is conceived in an unexpected, unplanned, unsuitable situation, then the first image its parents will form of that child will be quite different. That image will later be tested against the reality of what occurs throughout pregnancy, childbirth and the child’s first impressions, its behaviour, etc. Miguel also accompanied us in an account of the sensorial world of a baby. Since very early in the embryo stage a child is capable of perceiving sensations, both through the sensorial organs that are beginning to develop in the second month of intrauterine life and through communication with its mother via the placenta. Shortly after birth, just a few weeks later, it can start to ‘read’ emotion in its mother’s face and in other close people. The baby can also emit sounds, even syllables that vary according to its needs, as he showed us with examples of babies asking for food, sleep or to be relieved of gases in their belly. Thus, it is important that we bear in mind that babies receive and emit signals from and to their parents and others at a very early stage, which must make us aware of the influence that the surrounding environment we create can have on the baby. Last of all, Miguel shared with us images of a calm birth, without noise or stress, together with a continual massage for the baby and the mother, taken from a video of the French gynaecologist Leboyer, to illustrate the difference between a relaxed, sensitive childbirth and others that unfortunately are more common—filled with stress both for the baby and the mother.

Mara Parellada, a child psychiatrist and clinical consultant for the Association, continued and spoke of the child’s relationships, focusing on the issue of attachment. Attachment as the fundamental basis for a positive subsequent development of the capacity to relate with others. She explained a few aspects of the history of attachment as a psychological concept, as a ‘safe base’, an early relationship model in the provision of confidence and security by a caretaker (generally the child’s mother). This base is necessary in highly vulnerable times such as the baby stage, and it enables the establishment of intimate relationships, friendship and confidence in adult life. Attachment is nurtured partly from the child’s temperament, but also from its parents’ sensitivity in terms of detecting the child’s needs and responding adequately. The type of attachment starts to become configured in gestation, it has a certain cross-generational component, and it is not only marked by early events, such as the level of stress during pregnancy, but it is also a focal point for psychological intervention. If we manage to develop a safe attachment between the child and its mother, we will be able to make up for some of the difficulties that a child may bring along from earlier stages (family conflict, difficult temperament, stress during its intrauterine life). Dr Parellada underscored the importance of working on emotional aspects during pregnancy, after childbirth and in early childhood, which may have a bearing on the healthy development of the child. Thus, just like the preventive aspects of physical health during pregnancy have reached very high standards in developed countries like our own (for instance with a very low infant mortality rate), preventive aspects in relation to mental health have not, and indicators on psychological, conduct, and adaptation related difficulties in children in our society do not provide grounds for optimism.

Lastly, Xavier Guix, a psychologist, writer and communicator in a number of media outlets, gave an entertaining, encouraging speech, putting into context the development of children and individuals throughout their life, not only in the family context but also in their social and historical context. He reflected on the idea that a person’s identity, their characteristic individuality, their unique personality, are only a part of reality. Other parts of reality have to do with an individual’s understanding of their relationship with others, their family, of the historical time they are living, the rest of society, even many events taking place around them, which they may not be aware of and may not be able to control, but those events also determine who they meet, their possibilities and opportunities …. The values transmitted by their parents, their efforts at education have to do with the age in which they are living. He used examples that chronologically reviewed sociological milestones that lead parents to educate their children in other ways. Thus, in the years after the war, children were educated in order not to go hungry, then they were taught to work, subsequently they were expected to study, to reach a certain status, and so on until educating them to expect everything to be given by their parents. Along these lines, he reflected upon the current difficulty of educating them in self-control or to learn to tolerate frustration. In his speech, he reviewed how life can be understood from a standpoint in which individuals are permanently interacting with others and with their cultural and social context. All of this will lead to a unique individual.

He also pointed out the importance of people playing a more prominent role in their own life, and how individual actions and decisions can bring about changes in the environment, not only the other way around, stressing the bi-directional relation between individuals and their environment. 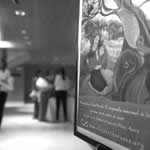 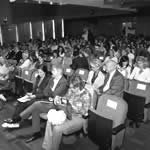 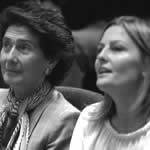 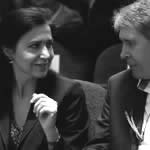 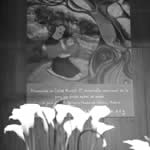 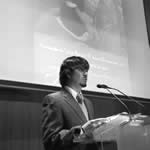 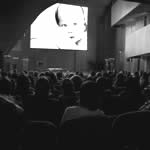 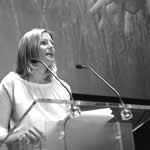 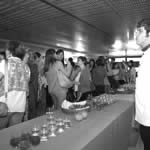 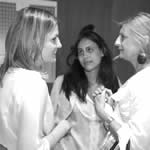 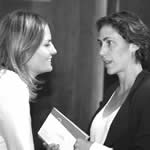 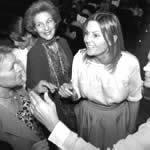 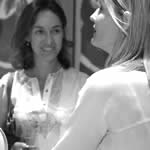 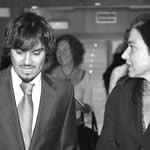 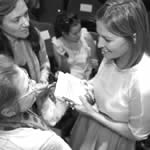 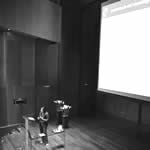 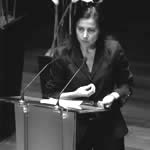 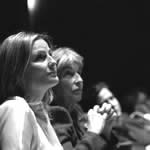 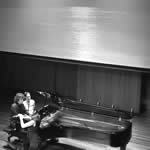 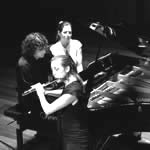 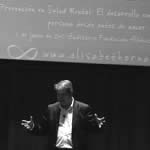 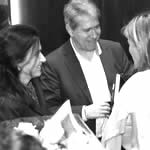 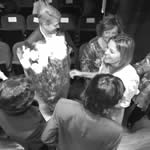 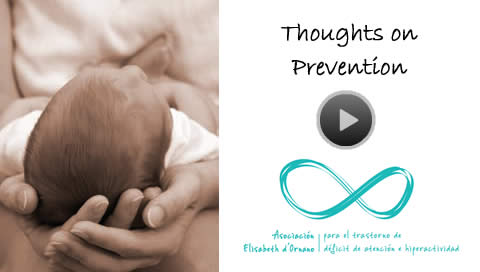