How to detect it 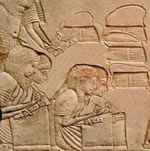 When someone asks a teacher which are the children that stand out in their grade (regardless of whether or not they teach them) the names of a handful of children who are particularly notorious are usually stated. In the best case they are known for being friendly, talkative, "goofs", sociable, funny ... In the worst case, it is for being provocative, back talkers, those that interrupt, those that don’t let them teach, are disrespectful, are permanently punished, in the hall, cannot be controlled and have problems with everyone, with teachers and peers. At other times these children are the ones that are considered unmotivated, who may not want to study, they should show better performance due to the skills they have, they are lazy and spoiled. Probably many of these children have a developmental brain disorder known as attention-deficit hyperactivity disorder (ADHD). These children do not show typical cognitive and emotional development and this creates many difficulties in adjusting to classes, schools, families and in general the most commonalities.

Given the frequency of ADHD, all teachers should have at least 1 child with this disorder in each class of 30 children, which means that it is a frequent problem. It is also one of the mental disorders with the best evolution if the appropriate measures are taken and are timely. But it requires a lot of effort and dedication by all the adults involved in the education and satisfactory growth of these children.

Hyperactive children do not follow the usual pace of development of cognitive skills, impulse control, emotional and moral maturity that evolves in most children, and that makes them collide with educational systems that are designed for a standard child. The normal child, typically, is one that learns to speak, read, control him/herself, to reason, plan, when they "should", when most children do. But there are some that have a more irregular development, with some skills developing at the right time and others following a slower course.

Attention, self-control, the ability to use mental abilities such as complex reasoning, planning, anticipating, organizing, time management, and self-praise are most affected in these children. And that causes them many problems in school.