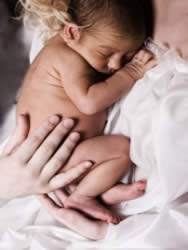 In this second editorial, we want to call attention to two fundamental aspects: the suggested association between sudden death and the use of stimulants, on one hand and on the other hand, the influence of diet on the symptoms of attention difficulties, hyperactivity and impulsivity, as centrally highlighted in ADHD.

As we read in the article summary (number 6 in our press review), published in one of the best psychiatry journals in the world, The American Journal of Psychiatry, there could be a greater risk for sudden unexplained death in children and adolescents treated with stimulants such as Methylphenidate. Methylphenidate is the drug treatment of choice for treating ADHD, which many people suffering from the disorder are subject to, children and adolescents for the most part.

That being the case, how should the parents of girls and boys treated with methylphenidate interpret this news?

On behalf of The Elisabeth d'Ornano Association we want to guide them by providing a series of arguments that should be considered when evaluating this information. First, sudden death is an extremely rare occurrence in the general population. If we add to that that the percentage of cases of sudden death receiving stimulants was 1.8%, we will agree that we are dealing with an extremely low risk event. Indeed, the very comparison is between two rare events: 1.8% in cases of sudden death and 0.4% of traffic accidents. That said, we must add that the medical-legal studies submitted after each case of sudden death are probably far more extensive than those routinely done with the victims of a traffic accident, whose cause of death is clearly assumed. Hence, that being the case, it would be much easier to detect the use of stimulants in subjects who died of sudden death than in those who died in traffic accidents, which could be overlooked because they are not as stringent in post-mortem studies. But we are talking about a serious and well-designed study, conducted by one of the best research groups in the U.S. and consequently the world. And the result tells us that the risk of dying from sudden death in someone who receives stimulants is 7 times higher than that of a traffic accident. This is not trivial and should be taken into account, not only by parents or the patients themselves, but especially by the doctors who prescribe these stimulants. The fundamental message that we see on the part of he Association is that there are risks associated with the use of stimulants and that, therefore, they should be used with caution, only in well-diagnosed cases in which the diagnosis of ADHD is clear and always under close medical supervision, with frequent check-ups, electrocardiograms and regular monitoring of constants like weight, height, heart rate and blood pressure (as explained in the section for professionals in the web page). Parents should take their children to professionals that they trust and they should seek any clarifications deemed necessary to assist them in evaluating the balance between the benefits and the risks. In our news this month we again find an article that makes reference to the risk of not treating the disorder early on. Data provided to us from the team of Dr. Biederman in the journal Pediatrics, also of enormous prestige among pediatricians and child psychiatrists, are equally reliable and make clear that we should not disregard the risk of not treating the disorder properly. We can not forget that in many cases the adequate treatment is medication. Our stand from the Association, is that patient management should be clearly identified and agreed upon by both the patient and their responsible caregivers. In the news this month, we also see how ADHD impedes the neuropsychological functioning of patients who find more barriers in specific tests that assess attention and ocular-motor coordination. We also find a story that offers valuable information on the involvement of genes in ADHD and gives us clues about where research is evolving in this field. We are still far from finding a clear answer in genetics, but through the results that continue to be encountered, we see some associations of genes, not specific to the disorder as a whole, as much as for certain characteristic symptoms. Much advancement remains in this area but every time we have more clues, they bring us closer to more useful results from the therapeutic point of view.

On another front, from the Association we want to emphasize a point that we find particularly interesting: the promotion of general health. This is because we understand that ADHD is framed among the health problems of people, especially children and adolescents, where responsible adults have a lot on influence through our lifestyles and the way in which we educate our children. In this context, the Association would like to pay special attention to diet since it is considered basic to the healthy development of people and we would like to find a balance between mind and body. Thus, readers will find that there will be articles and comments about this issue that will be appearing regularly. This month we are drawing attention to the relationship between genetically modified foods or those rich in sugars, fats and salt, and specific improper behaviors in youths, apart from the very power of such addictive food. We also find it interesting to see that a balanced diet that combines the presence of key elements (carbohydrates, fats and proteins) in the right amount and the absence of harmful elements such as poly-unsaturated fats, sugars and excessive food coloring, results in an improvement in behavior, as in the American school in the enclosed article (Number 9 of our press release). On the part of the Association, we invite readers to spend some time learning about issues related to nutrition and healthy habits, which we will be offering them information on in the coming months. We want to make it clear that most of these measures influence ADHD in the same way as on other medical conditions like high cholesterol, type II diabetes, hypertension, etc., which are non-specific to ADHD. We hope that the passage of time and accumulation of knowledge leads to the design of rigorous research which would enable us to have more specific data about the impact of diet and the use of dietary supplements such as omega-III fatty acids, protein and vitamin concentrates, etc. on the cardinal symptoms of ADHD. At the moment we simply recommend a healthy lifestyle based on regular exercise, especially based on something he or she likes to practice, on a balanced diet, without excesses or deficits, and the adequate combination of time spent in work, leisure and rest. The benefits are many, including in people with ADHD. It is worth trying.